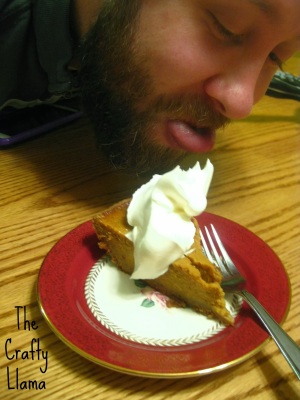 My day started by going to my dad’s so I could cook our Thanksgiving feast.  I had intended on being over there at 8 but didn’t get there until 8:30 after getting routed to Timbuktu because the annual Turkey Trot had blocked off some of the roads around my dad’s house. I started out by preparing the bird.  I melted a little butter and mixed in some herbs and put the butter and herb mixture between the skin and the meat of the turkey. 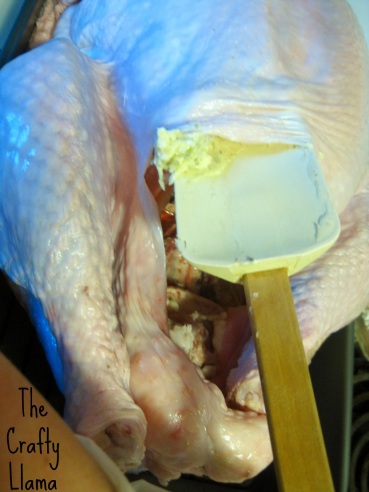 Into the oven it went…basting every 45 minutes.  While it was cooking away, I was watching the Packer game and preparing other dishes.  I had prepared green bean casserole and the pumpkin pie ahead yesterday.  Mostly, I enjoyed the company of my dad and brother.  I am thankful for them. 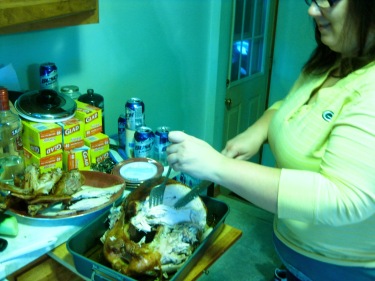 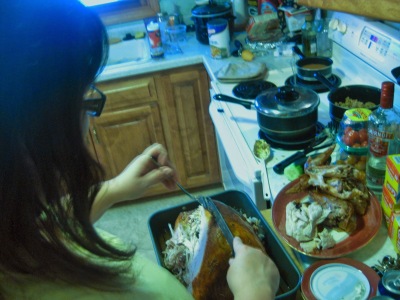 My brother even played camera man while I was carving the Turkey.  I’m rocking some bangs…I’m still on the fence. I like them but think they may be too short. 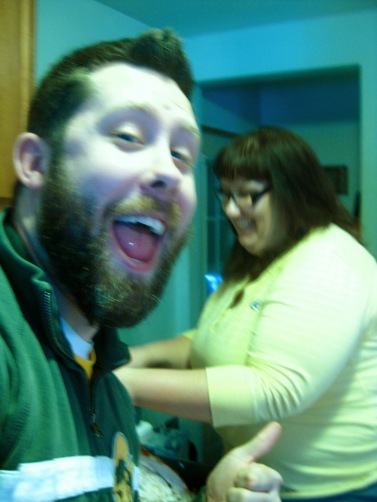 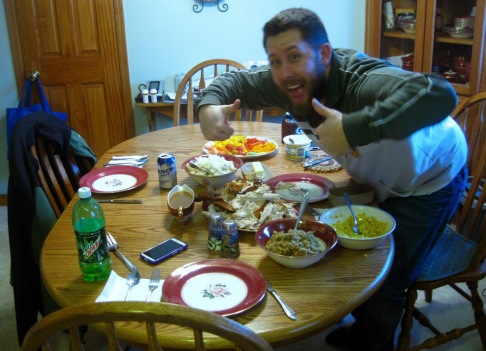 I got the LeFevre Seal of Approval…thumbs up on few occasions. After dinner we watched the Marquette game (at least one of my teams won today), while Greg did the dishes.  I ended up dozing off for a little bit. I’m thankful for not having to clean up the mess I make on Thanksgiving.
Tomorrow afternoon I’m going over to Jenny’s to help prepare for what I call Thanksgiving Part Deux.  I have to go to one store tomorrow. I hope it’s not too crazy! I’ve went shopping on Black Friday twice and one of those times was only because I woke up at 5:30 and couldn’t fall back asleep.  I ended up going to Michael’s to get Christmas ornaments.  The other time I went with my mom to get a computer.
Do you have any Thanksgiving traditions? Feel free to share them in the comments.