I hope everyone had a Happy Halloween! I know this is a bit late but I was busy preparing for a small Halloween get together.  But I wanted to share this post with you because I had so much fun making these.

Two Fridays before Halloween, Kira and her daughter Bella stopped over.  Kira and I needed some quality to vent about the men (or lack there of) in our lives. So we made it a night, and ordered pizza and when Kira and I were done venting, they helped me with another Halloween decoration project. Being a fan of The Boy Who Lived, I thought I would make my potions from the books.

The process is pretty easy: Take a bottle fill it with your filling add food coloring and any extra bits and bobs (sounds a bit like Hagrid).  I also used glitter in some of mine potions. 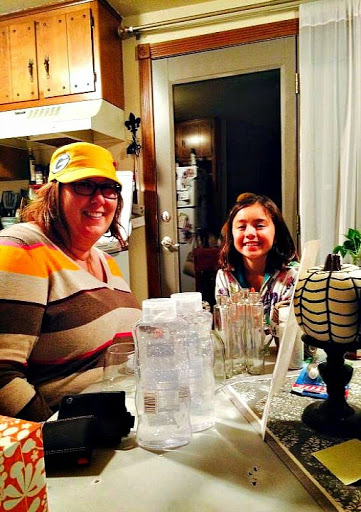 I found these really cool Harry Potter Potion Labels at Over The Big Moon and some more spooky apothecary labels here. They were super easy to print off on sticker paper, and they saved me a world of time creating my own. 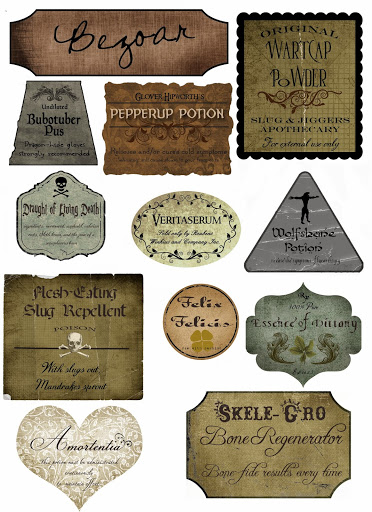 First up was Felix Felicis and Draught of Living Death.  These were the easiest to make.  A little water, and some glitter and some yellow and black food coloring. Voila! I couldn’t find a cool little vial in the movie so I used a one the standard tubes. I know it wouldn’t come in a tube this size but it’s what I had. I put a ring a glue on each of the corks and put the corks in the top, holding in place for a few moments, and wiping any excess glue that came out the side of the cork.  Then I placed a label on each of them (after Kira cut them out).

Next was Amortentia, the most powerful love potion, and Skele-Gro, the bone regrowing potion.  For Amortentia, I used some pink food coloring, and hair gel.  I liked the way the gel looked, with pockets of air. It took a while to mix it all up. I think Bella did a good job and it turned out pretty cool looking.

For the Skele-Gro, I used clear glue and dyed it blue.  I originally wanted something milky white and thick but I wasn’t sure how to make it.  So I opted for blue, because well I liked the blue.

For the Bubotuber Puss, I used those floral gel beads that grow when you add water to them.  They kind of reminded me of those sea creatures you added to water to watch it grow.  And for the Bezoars, I found some rocks, which I found a bag of at the dollar store. 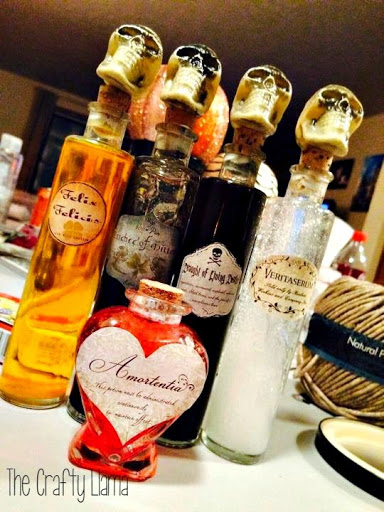 In addition to the Harry Potter Potion jars, I also made some apothecary and specimen jars. Last year I had picked up some creepy crawlies from the dollar store with the intent to put them in jars, and this year I actually did it.  I had some spiders, mice, a heart, lung and eyeballs. and I placed them all in bottles.

The heart and lung I put some cheese cloth in the bottom and dribbled fake blood, letting the cloth soak it up.  I added water and food coloring to the mice, spiders and eyeballs.  The eye balls wouldn’t float so I heated a nail and stuck it through the back and filled them up with water so they would sink. You can see where the heated nail left black marks around the holes.

After gluing the tops onto the jars, and wrapping them in floral tape, I soaked coffee filters in tea and dried them with my hair dryer on medium heat.  This gave the filters a little more weathered look. 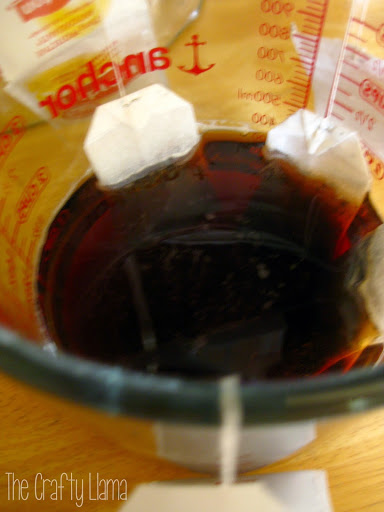 After placing the coffee filters on the tops of the jars, I aged them further by taking some brown ink and lightly dabbing in on the edges and the folds. While doing all of this, I was heating some candle wax.

When the wax was completely melted, I took an old paint brush and brushed it on the coffee filters.

For Halloween, I was Rosie the Riveter. I had a few people over and then we went out to some of the local bars.  At one bar, some guy (I think his name was Chad.  I think remember Joleen calling him The Chad) called me Jack Hammer Amy.  Not sure if that’s even the same thing, but it sounded like an adult stars name.

This was such an easy costume.  I already had the jeans and the boots, I paid $3 for the shirt from St. Vincent De Paul, $2.99 for a two pack bandanna at Target (I had found red fabric with polka dots but it couldn’t be cut into a square big enough for my head).  I have no idea how to embroider, and I wasn’t going to buy a pre-made Rosie name badge ($11 is a lot to spend for a costume), I made the Rosie name badge with white felt with a red paint I had. 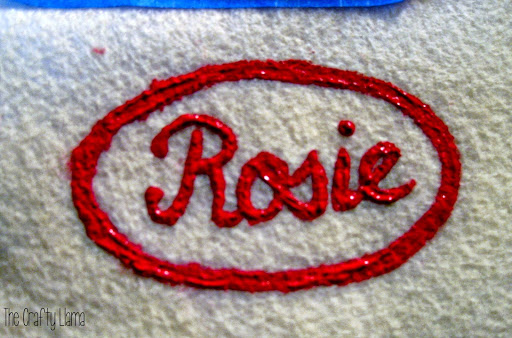 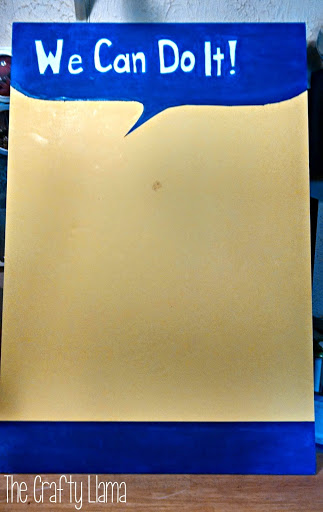 I punched holes and looped some red ribbon and tied the ends so I could wear it. Putting it on reminded Jenny of “fat guy in a little coat.” Thanks Jennifer!  I could only get it on so far with out the assistance of someone.

If I had all the time in the world to get ready, and didn’t work from home, I would wear my hair in some sort of 40’s vintage pinup style and wear false eye lases  and red lipstick.