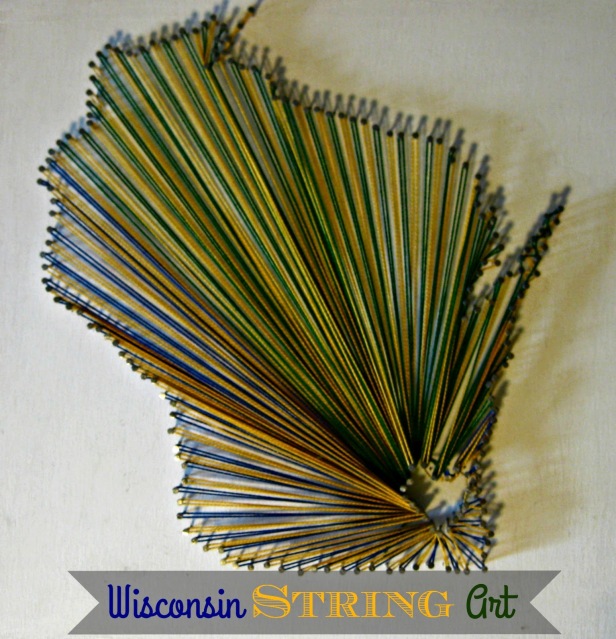 As I mentioned in Homemade Christmas Gift  post I made Wisconsin String art for Betsy as part of her gift. Ir’s really easy to make, although it does take a bit of time.

To start I painted the square of wood.  I used white chalk paint and when dry, I finished it with wax.

I found an outline of Wisconsin, and printed it, cut excess paper and taped the it to the board where I liked it best. 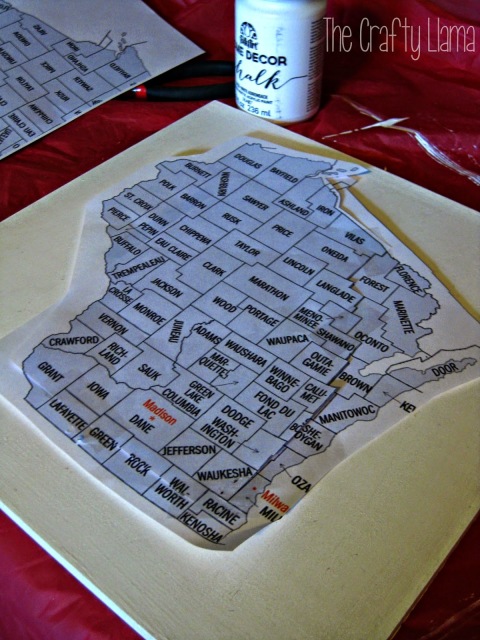 I placed a heart around the Milwaukee Area. Using the needle-nose pliers to hold the nails while I hammered them. I wanted to try and keep the nails about the same height. When I was done with the nails, I then took the string and started wrapping it around the nails. If I wasn’t using multiple colors, It would have gone by much faster. To keep the string from unraveling, I used a piece of painter’s tape I found that the trick is to not pull too tightly, because doing so will cause the nails to start to pull out of the board. 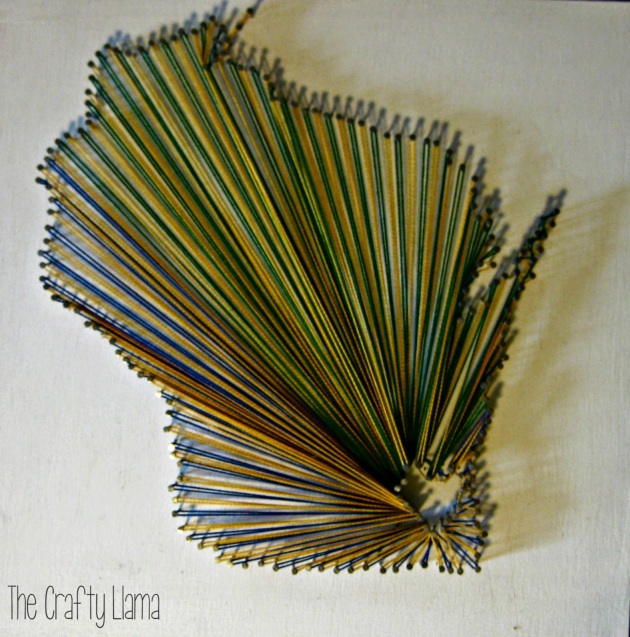 I choose to do the blue, yellow and green because she’s a Brewers and Packers fan (Greg is too) and also it was because of the Brewers that they are together.  They met while in Arizona for working at Brewers spring training in 2013. I wanted to make something to would remind her of home and represent them.
I think I may make Greg one of his own. I just don’t know what colors to do. Maybe an all Red/White or half red/white and half blue/yellow or a red/white, blue/yellow, green yellow. The possibilities are endless.
How do you guys show your city/state/country love?