Skip to content
Last year in my herb garden I had Thyme, Oregano, and Rosemary and honestly I couldn’t tell which was which. So this year I decided I would change that. I had found some old spoons at various thrift and antique stores in the area and thought they would make nice garden markers.
After and exhaustive search for a chunk of steel bench block at various local craft and hardware stores, I came up with nada! I found a damping block which I bought thinking it would work.
It did, sort of, kind of, not really. Anyway, I started hammering out a spoon and I could get it sort of flat. I couldn’t get the edges completely flat. I tried a second spoon, and the same thing. So I let them sit for the night because it was getting late and hammering was making too much noise and I didn’t want to annoy my neighbor next door. And Outlander was on and I wanted to watch it. 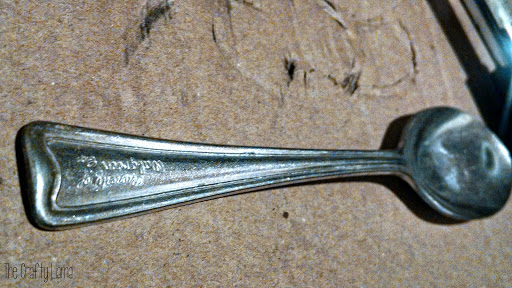 So Sunday morning came and I was inspired. I needed a hard surface, that wouldn’t easily break (I broke a cutting board I used for crafts in the process). I grabbed my spoons and hammer and headed downstairs to my basement. I found some cardboard I could use to soften the blows because I didn’t want to hammer on the direct concrete.
I sat on the cold hard concrete and began to hammer away. After a few minutes of hammering one spoon, I realized I was further along in the process of flattening than I was using the damper. Once I found my rhythm, I was on my merry way. 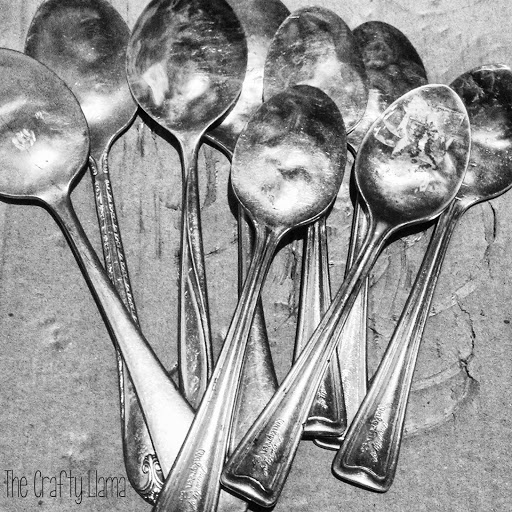 Success! They aren’t perfectly smooth, and for me that’s OK, I like the beat up look of them. I tried to engrave the spoons using my Dremel and an engraving bit, but my hands aren’t steady enough for it. In my multiple searches for the bench block, I did find metal letter stamps at Joann and using my 50% off coupon I paid about $8 for them.

So to make sure that the word would be centered on the spoon, I marked some guiding lines.  The first marker I stamped was Basil. I started in the middle and then worked my way out with each letter. Some of the letters may have gotten a bit wonky, but for me it adds character. 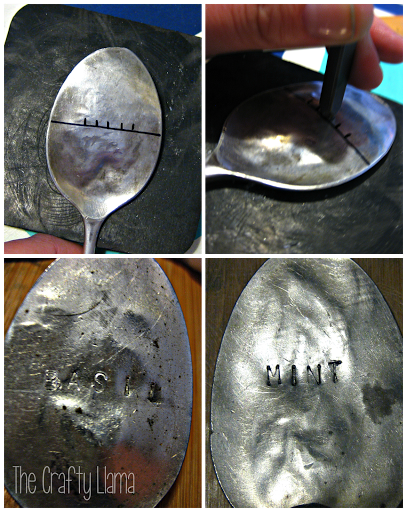 To give the words more depth and make them stand out, I took permanent marker and scribbled over the word. Then I took nail polish remover and wiped them clean.  In the picture above you can see the Basil with out the added marker and the Mint with the added marker.
I repeated the process with the rest of my spoons, while some of them may have turned out better than others, I’m impressed with how the all turned out. 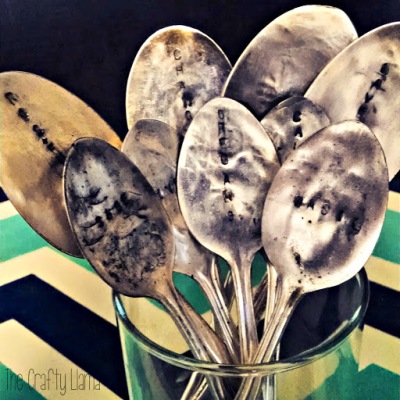 I found some cool tins at an estate sale that I got for half off. I think the most I paid for a tin was $0.40. Not a bad deal. 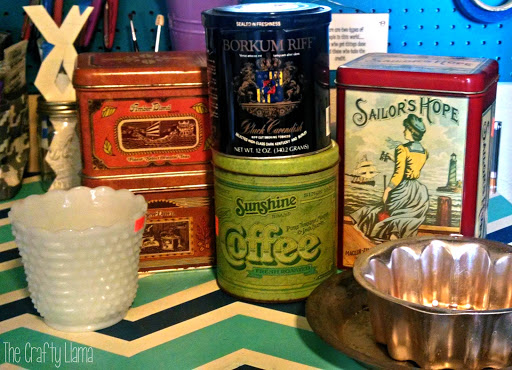 I planted my basil, lavender, bee balm, and mint in individual tins. The oregano, sage, chives, rosemary and thyme, I put in my big bucket, and then I planted calendula and chamomile in my medium size bucket. 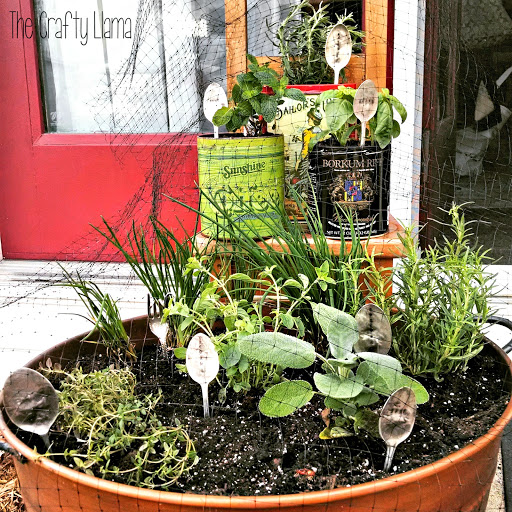 I’m happy to say that my herbs are doing really well this year! I’ve already cut my chives back once and may have to do it again soon.